First, we should get expectations straight. What can social recruitment achieve?

Social recruitment can extend your reach to new talent communities and help you engage passive candidates.

Social recruitment can’t replace your investment in job boards and outbound calls, nor can it produce instant results – the benefits are mid/long-term.

If you’ve used Twitter and found yourself disappointed, it may be because you’re expecting too much of the latter and too little of the former. Here are some tips to get you on track: Your closest friends are the ones you contact regularly. Similarly, the more often you tweet, the more likely your followers are to form an interest in your opportunities.

Don’t: Waste more than 15 minutes a day on Twitter.

Keep it short and sweet unless you have a marketing team at your disposal. 15 minutes is plenty of time to skim the day’s tweets, reply to any comments, and write a 140-character tweet.

Do: Tweet (and re-tweet) links to all your job ads.

Make sure you tweet a link to every job ad you post. Don’t be afraid to re-tweet it another day or time if you don’t get a response the first time: nobody is on Twitter 24/7, so you might catch someone different the second time.

Many companies have decided they don’t have any time to dedicate to Twitter and use recruitment software that automates a tweet whenever they post a new ad. That’s better than nothing, but it doesn’t take advantage of Twitter’s full potential.

Look at the example above from the Royal Bank of Scotland’s Twitter: is it attention-grabbing? Unless you’re already gunning for a job with RBS, the answer is a resounding “no” – and if you’re already keen to work for RBS, chances are you’re already checking their careers site. They’re unlikely to attract many candidates who weren’t already listening. Now look at how Warner Bros do it: yes, they’re posting links to their job ads, but they’re also offering added value by sharing relevant articles, responding to queries from their followers, and posting industry news. Passive candidates read their tweets because they’re valuable to anyone with an interest in the entertainment industry, not just active jobseekers. The more value you can offer, the more candidates you’ll be able to reach.

Do: Engage other users in conversation.

Remember we’re talking about social recruiting – it’s not social if you’re tweeting into the void without listening to anyone else. If someone asks you a question, answer it. If one of your followers posts some good news, go ahead and give them a congratulatory tweet. Social recruitment is all about building relationships, and that can only happen with two-way dialogue.

Hashtags are also vital fuel for Twitter conversation. Users can search for hashtags based on their interests: a popular one for jobseekers is, unsurprisingly, #jobs. Add relevant tags to your tweets to ensure they get found by the right users: #c++ for a job that requires C++, #itjobs for IT opportunities, and so on.

Don’t: Get involved in arguments or vast dialogues.

Dealing with public criticism is an art. The worst thing you can do on Twitter is get involved in a public argument. That doesn’t mean you shouldn’t respond to negative comments – if you reply politely and informatively, it’ll be well-received. However, if you can't answer a question or resolve an issue in more than a few tweets then consider taking it to a private message. None of these are the answers the users want to hear, but the fact that Google took the time to respond to the questions promptly reflects Google’s interest in their prospective candidates.

Do: Keep it casual.

You only have 140 characters to work with so you don’t have to write as you would for your website or brochure. Drop unnecessary words, feel free to use smiley faces occasionally, and don’t lose too much sleep over the odd typo.

Don’t: Throw spelling and grammar out the window altogether.

You’re still representing the company. Compare Intel’s tweet below with Twitter’s above. Both are casual, but there’s a big difference between Intel’s txtspk and Twitter’s dropped capitals and smiley faces. Twitter's comes across as relaxed and friendly; Intel's sounds tacky.

Still bewildered? Don’t worry: we’ve got a free whitepaper to help you get set up and get your head around the basics of social recruiting with Twitter.

Ailsa is a technical writer and solutions engineer working at Instructure in London. Is Twitter Becoming a Waste of Time for Recruitment? 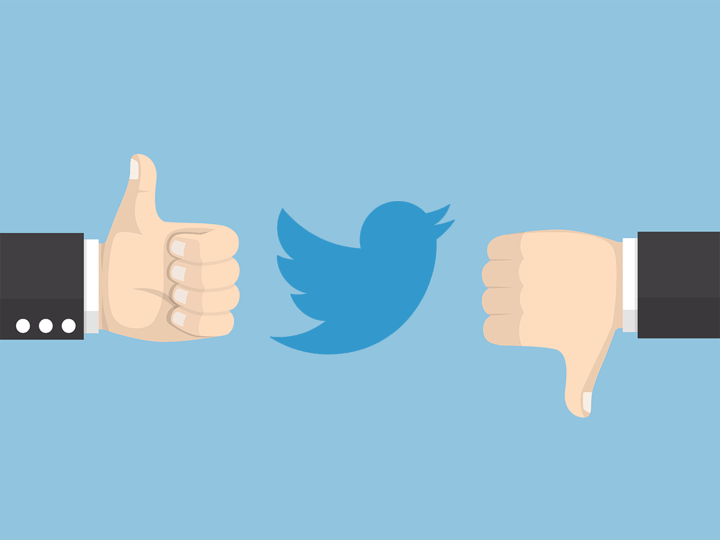