A recent survey shows that 18% of job seekers starting a new role actually regret moving. Shocking? When you think about all the clients desperately trying to fill their positions in a candidate-short market, it might not be all so surprising. After all, it’s not uncommon to be vague in job ads or not tell the whole truth to the candidate, especially if you’re not meeting your targets and there’s a manager breathing down your neck.

But making a placement just for the candidate to quit and you to lose your fee isn’t the best way to go. It won’t only cost you money but also give you a pretty bad reputation. And that’s very hard to escape later!

This is why we put together a list of reasons for candidates quitting their roles nowadays based on the poll mentioned above – and all the top tips to avoiding them!

Dishonesty around salary and benefits

This probably doesn’t surprise you but the main reason for candidates leaving new roles is dishonesty around the new salary. The client doesn’t have to lie in order to be dishonest – it’s enough that they don’t give accurate salary brackets, explanations for reaching the next salary level, or – God forbid – don’t give salary information at all. Statin The same goes for benefits – if the client advertises the possibility of hybrid working but then requires the candidate to be in the office every day, how do you reckon the candidate will react? Especially considering the fact that hybrid or remote working is the most important benefit according to 43% of job seekers!

How to avoid it: Having honest conversations with your client is key to making them understand the importance of transparency in today’s job market. Make sure you advise them on putting the salary and all company benefits into the job ad. If they seem hesitant about that, be prepared to share research, articles, or surveys that back your statement. Business owners often respond to numbers and statistics, so bring some on! For example, how many more candidates apply to job adverts that state the salary clearly in comparison to those which are vague about it. This should do the trick!

The second most common cause of candidates leaving their new role according to the poll was unprofessional (or even aggressive!) management team. Even if as recruiters we don’t spend that much time thinking of company culture, it appears to have become a crucial factor to a lot of the candidates. 56% of candidates value company culture and respect more than a higher compensation, and 50% would take a meaningful relationship with their colleagues over a pay rise! It might feel counterintuitive, but work-life balance and a respectful work environment play a crucial role in today’s world. If your client doesn’t provide it to a new candidate, chances are, they will run for the hills.

How to avoid it: Make sure you do your research. Obvious, I know, yet so many recruiters – especially those far behind on their targets – forget to actually get to know their client, ask about the company culture or read employee reviews. And it goes without saying that you should do all that before you get involved with them. If you’re already in business together, let them know about the latest trends in the industry when it comes to what candidates value in a new role. Sharing some of the above stats will definitely get them thinking! It’s also important that you speak to the person in charge, that can actually implement some changes if needed.

The best way to understand a company’s culture is to ask someone who’s been closest to it – and doesn’t gain from lying to you. That’s why lots of candidates won’t care what the client has to say about their company – they will go straight to the source, which is the employees. Whether they speak to some of them directly or simply google employee reviews, it’s the client’s job to make sure his staff is happy in their jobs. Of course, there will always be one person who didn’t enjoy their experience but if one becomes ten, it’s time to pause for a second and think about the possible problem.

How to avoid it: Just like with the previous points, research is key. Before you sign with a client, make sure you know everything there is to know about them. Search for employee reviews yourself, and contact some of them if that’s possible. Ask around in the industry – and if the feedback isn’t great, think twice before signing this client. Sourcing for them might turn out to be an impossible job!

There are certain things you’ve got no control over but a whole bunch of issues can be avoided with the right approach. Make sure you represent clients who won’t give you a headache!

To make sure you’re making placements that actually last, have a read of our eBook:

As a Senior Marketing Executive, Martha keeps all our written content on point, sharing the latest tips and updates from the recruitment industry.

5 Good Reasons to Use SMS to Reach Candidates in 2022 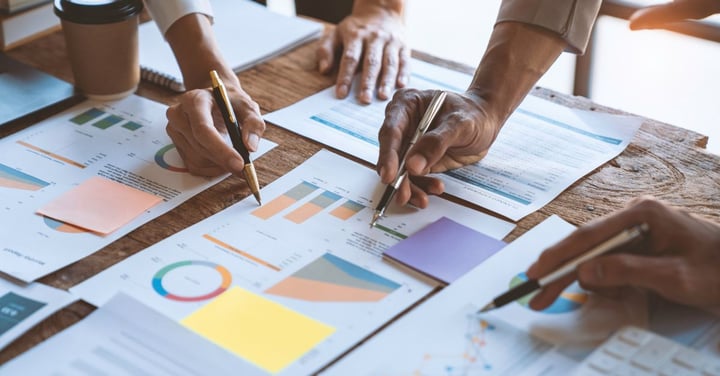