What's the Best Time for a Recruitment Agency to Tweet

Already using Twitter for recruitment? Great! Time to take it a step further. How can you optimise the tweets themselves? Getting the timing and frequency right is the next step to bagging more candidates and new business leads from Twitter

Timing is essential. This free whitepaper from Salesforce is packed with useful information. Don’t have time to read it all? Here’s the rundown:

Definitely worth noting - if tweeting more than 4 times has been proven to reduce engagement, think of the negative effects that tweeting 50+ jobs in a row will have. Guaranteed low engagement rates and a potential decrease in your followers.

Also, check out this graph from Hubspot which shows that although engagement levels may be higher at the weekend, more people tend to tweet throughout the week. So take advantage of both for the best result!

As shown in Strategies for Effective Tweeting, all day tweeting quickly becomes ineffective. Rather, a few paced and well-placed tweets a day will sing a greater success story. Even if all your tweets are excellent, people will often think it’s either “quality or quantity” - and not both. Fewer tweets with a good angle are likely to be more successful. Good practise and good news for you if you’ve been tearing your hair out trying to push 20 tweets a day!

As for repeating tweets, a no or a go? It’s A GO! Twitter is so fast-paced, it’s impossible to see every single tweet that hits your home page. So while I’m not saying it’s a good idea to have 2 tweets which you reuse on a daily basis, it is a good idea to post the important ones more than once. As long as they are spaced out and mixed up then you’re probably not going to annoy your followers.

Last but in no way least: the importance of scheduling. Researching and writing tweets can take longer than the 140 character limit would lead you to believe, so it’s a good idea to plan for the week ahead. Take a note of interesting titbits you come across throughout the week, and then give yourself an hour to sit down and line them up. This way, if you’re hit with an unexpectedly busy day or week, you don’t have to worry about your all-important Twitter page drying up.

Hootsuite is a fab free tool which can help with this. The scheduling feature makes it dead easy to queue up tweets for future. It even includes an AutoSchedule feature, whereby it’ll automatically space your tweets out for you based on their own research into the best tweeting times. It’s clear and simple to use for recruiters, not just marketers.

So while knowing WHEN to tweet is just as important as knowing what to tweet. Consistency, quality, timing and scheduling really are where it’s at: plan ahead and then enjoy the well-earned good results.

Kara is a Digital Marketer based in Glasgow. In her spare time she loves a good gig, ponies and flattering Snapchat filters. How to Make Recruitment Blogging Worth Your Time When Was the Last Time You Googled Your Agency? 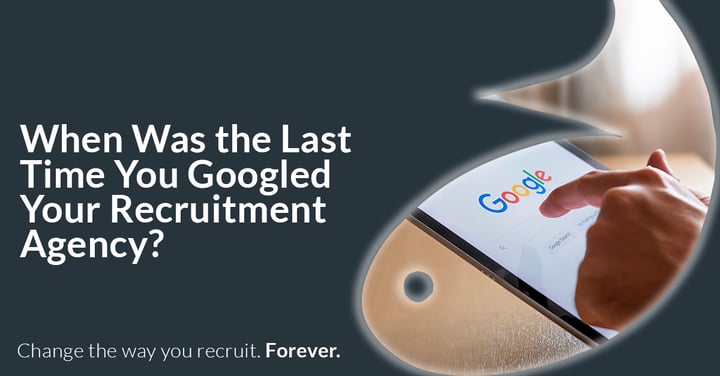