How to Attract More Candidates on #BlueMonday

Allegedly the most depressing day of the year, Blue Monday is looming – so now’s the perfect time to start thinking about how to use Blue Monday to recruit more candidates. Recruiters have the power to turn Blue Monday into a positive – here’s how to do it!

Blue Monday falls on the 21st January this year, and if prepared for it, we have the potential to brighten up this dreary day by alerting candidates to great new opportunities that won’t leave them feeling so glum. So here are our tips on how to attract more candidates on Blue Monday – capitalise on this dark day by getting your recruitment brand on the radar!

Your first step would be to start thinking about what might be causing the 21st January to be so blue for candidates, and use this to structure a recruitment campaign that will strike a chord with them. For example, the endless short days of January normally mean commuting in the dark, practically never seeing daylight and having no cash left over after a Christmas blowout to afford some winter sun.

Therefore, now’s the perfect time to create targeted Facebook recruitment campaigns to alert candidates to opportunities in their area that would mean they could ditch that dreaded hour-long commute. Similarly, create a sponsored post on social media channels that links straight to your busy jobs page and that focuses on potential company perks such as flexible working. If you recruit internationally, entice candidates with images or videos that show them you have options available that will pull them out of a job that’s causing them to be so miserable.

There are so many reasons why a candidate might decide to move jobs, and many of these will be ‘slow burners’ in the sense that it can take a long time before it’s enough to convince them to do anything about it. If a candidate has previously visited your website to scout out possible opportunities - but decided they’re not quite miserable enough to apply for anything yet - Blue Monday could be the perfect catalyst to drive them back to you and move them on to that next stage.

Installing a Facebook pixel on your website will help you retarget candidates who have already been looking at roles on your website. If a candidate looks at your jobs page but navigates away without applying for any roles, installing a pixel will result in them being targeted with ads from you on Facebook for a certain amount of time (you can alter this in Facebook Ads Manager). This is a great way of subtly reminding candidates of opportunities they’d briefly considered before, at a time when they’re most likely to be open to the idea of a career move.

January is the time to be bold with your online recruitment strategy – so why not create a Blue Monday hashtag and spend some money to promote it.

Most of the Blue Monday social posts you’ll see will either be encouraging self-pity or going for the hard sell, so opting for something positive and fun will help you stand out during what is a really competitive month for recruiters. For example, putting some money behind a #NewMeMonday hashtag (or something similar) and including this in every job role you promote that day is sure to go down well.

Whilst it’s not so likely that your hashtag will go viral (unless, perhaps, for the wrong reasons!) it will give candidates a positive impression of your brand and show you’re not willing to let Blue Monday get the better of you!

As the name suggests, everyone is feeling a bit grumpy on Blue Monday, so this is the perfect opportunity to engage with your audience in the hope of cheering them up!

Try out some new ways of interacting with candidates: for example, you could run a competition where you invite your social media followers to tell you what their ultimate dream job would be, with the most creative idea winning a gift card. You could then use this information to start conversations with your online candidates and create warm leads.

You could also try something a bit more visual – we love this fun Blue Monday graphic from Monster!

Try just one or two of these tactics and candidates will think of your recruitment brand as the one that’s brightening up their dull and grey January. A campaign that capitalises on the most gloomy day of the year will bring you in some excellent (and otherwise passive) candidates – unlike most professions, recruiting on Blue Monday doesn’t have to be a hard slog!

How to Use Google My Business to Attract More Candidates 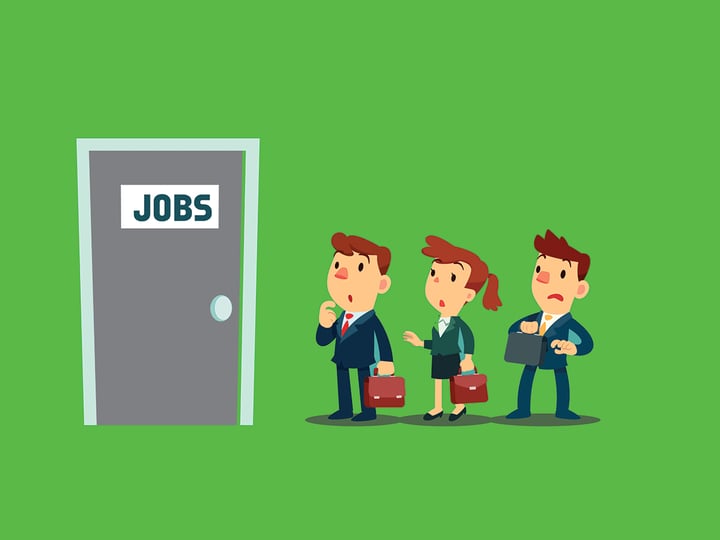