Recruitment: How to Give Great Candidate Feedback

I love recruitment, but in every hiring process there’s always one sticky point: feeding back to unsuccessful candidates. To help you do so without burning bridges, here are 4 tips for telling a candidate they’ve been unsuccessful…

Unless you’re some kind of sociopath, you’re not going to take pleasure from this! It’s particularly difficult if you’ve built a good rapport, which is maybe why some recruiters avoid it or, worse still, don’t bother to feedback at all. Manners aside, there are two big reasons why this is bad: firstly, it’s one of the reasons people don’t trust recruiters. Secondly…well, the clue is in the title – Recruitment Consultant:

This means that as well as knowing how to tell a candidate they were unsuccessful, we should also advise on how to improve. We should always have a de-brief with candidates after interviews, but I don’t just mean a check-in to make sure they actually turned up and didn’t disgrace themselves (or us!).

It’s important to get thorough feedback so that we understand their perception of the interview. If they think it went badly they’ll expect negative feedback. If they think it went amazingly we must find out why as they’ll be far more disappointed if they’re unsuccessful. Candidate feedback will also help us to immediately challenge anything the hiring manager says which seems strange or incorrect.

2. Be Sensitive in Delivery

The candidate is not our best friend, so we don’t have to sugar-coat everything or arrange a night of gin drinking and Beyoncé dancing to help them through this awful dumping. However, they are a real person with real feelings, so we need to structure feedback so it’s clear, waffle-free and doesn’t offend or upset.

As Stephen O’Donnell of the National Online Recruitment Awards mentioned, a small change in wording can have a huge effect: “I never tell a candidate they have been unsuccessful for a job. Instead I tell them they haven't been successful. It's a tiny change, but makes a big difference.”

We don’t have to share everything the hiring manager tells us. If something’s really personal that the candidate can’t change, decide whether it’s right to share. “I hate their voice and couldn’t listen to them all day” tells you more about the interviewer than the candidate! We can drill down into this by asking, was it the language they used? “Nope, I just hate their voice!” Now, can the candidate do anything about this? Not really. Is this a valid reason to reject someone? Not really! We need specific, performance-related reasons, so anything personal that could be offensive can usually be ignored.

When delivering feedback remember bad news takes more time to process than good news. Don’t rush it – they’ll need a little extra time to process what they’re being told. We can check they’re understanding with questions like, “does this make sense from your side?” or “did you feel the same way about that part of the interview?”

3. How Can They Improve? Remember the definition of “consultant”? We provide feedback and advise how each point should be handled. It’s often worth arranging to meet the candidate for some further interview coaching – candidates are likely to be more open and honest when talking face-to-face.

A follow-up email is really important so that they can refer back to the feedback and recommendations for future interviews. Speaking of which, don’t just leave them hanging! Just because they weren’t successful this time doesn’t mean they aren’t a good candidate, so get clarity on their situation then outline how you’re going to move forward.

On the odd occasion something well, odd, will happen! If they’ve done something outrageous, address this and gauge whether it was a bad case of nerves, or if this candidate should be archived so that they can’t apply for further roles and won’t be returned in our live searches, talent pools, and potential match lists.

Be really honest: did we prep with the candidate sufficiently? No matter how senior a candidate is, we should never assume they know how to ace an interview. We also shouldn’t think of feedback as only relating to the candidate - it could flag up areas where we could provide stronger support next time.

Providing thorough, relevant, feedback and advice goes a long way towards building the relationship with the candidate. Even if we don’t actually place them, they’ll remember the great service we provided and will be open to discussing their hiring requirements; will refer friends and colleagues to us; and will tell their new employer how great we were to work with.

After spending almost a decade in recruitment, Vicki joined Firefish in 2013. As Head of Happiness, she's responsible for all things talent and culture.

How to Reject a Candidate Without Feeling Guilty 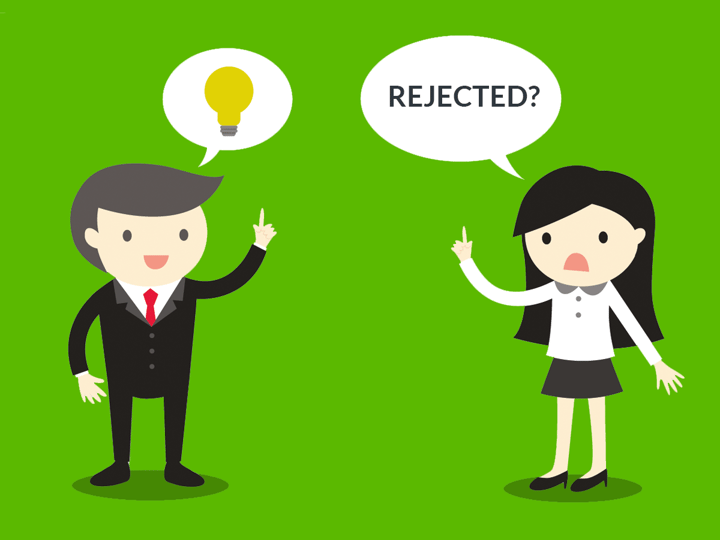 How to Successfully Manage Four Generations of Recruiters