4 Signs of Negative Body Language in a Sales Meeting

Knowing how to read facial expressions and body language effectively is an excellent skill to take with you into sales meetings. And if you spot any negative signals, don’t worry! There are steps you can take to bring the conversation back to where you want it to be and end things on a high note.

I’ve just been binging on the TV series ‘Lie to Me’ – a program about studying facial expressions, body language and ‘micro expressions’ in attempt to expose the truth behind lies. When watching the series, I couldn’t stop thinking about how we as recruiters could be learning or enhancing this skill of reading negative body language to help guide sales meetings in a positive direction.

So let’s take a look at some of the basic telltale negative signals you could potentially see in your sales meetings, and what you can do to turn the situation around for a more positive outcome.

Crossed arms signal distrust, defensiveness or frustration, and this is an easy one to pick up on since we’re always reminding ourselves not to do it either! There’s really no easy way to sugar coat this one – if your prospect gives this signal, you’re not on the same page.

Empathy is key to dealing with this situation: Jump back to the exact point in the conversation where your prospect first crossed their arms, as this should reveal where the distrust or lack of confidence originally came from. It’s a bit like taking two steps backwards just to go one step forward again, but if you can nip this distrust in the bud before moving forward, you’ll definitely be walking out of the meeting in a stronger position.

Don’t be fooled by this apparent sign of constant approval – unfortunately, this ‘nodding dog syndrome’ is a sign that you’re talking at your prospect, rather than to them. Either that, or they’re just desperately trying to hurry things along so they can exit you out of the meeting, sharp!

You’ll often find in these situations that even your best attempt at searching, probing questions will be brushed off. Therefore, I find the best way to deal with these type of characters, is what I call the ‘pincer move’: catch them off guard, cut through the noise and get straight to the point just when they are least expecting it.

At this point, they should generally level with you and tell you exactly what they’re thinking. It will probably make or break your meeting, but at least you’ll be able know where you stand and get to the crux of the matter, instead of just accepting the ‘approving brush off’.

This is what I call the ‘Sean Connery Special’. Raised eyebrows are normally a signal of surprise, worry or questioning – but aren’t necessarily a negative expression to have to deal with. The good news is that if your prospect wears this expression, this is a sign that they are listening to what you’re saying, and it’s likely they’re just trying to process your offering. However, it’s also likely that they’re looking for further clarification on what you’ve said, or need to work through some concerns, so make sure you check in at this point.

So you’ve rolled through your amazing elevator pitch, you’re thinking you’ve been on fire throughout the whole meeting and you’ve totally nailed this… then you notice your prospect isn’t actually looking at you anymore and their eyes keep straying to that old brochure you handed them when you first walked into the room.

No eye contact is strong sign that you’re either overwhelming your prospect or they’re hiding the fact that they just signed a retainer with the recruiter who was in the room just before you. As soon as you spot this, you need to stop what you’re saying immediately and re-engage them with some searching questions. There might still be a chance to save this!

Tackle these more obvious signals first, and soon enough you’ll be able to pick up on the more subtle micro-expressions that will give you an edge in any work or social situation. Learn how to spot negative body language in sales meetings, and how to respond as quickly as these signals appear can easily turn a potentially negative meeting outcome back around into a positive one

Wendy McDougall is Chief Fish of Firefish Software. In her spare time, you'll find her playing squash or feeding her inner geek with the latest technology!

How to Recover When You're Behind on Your Numbers How to Win a Recruitment Sales Pitch and Beat Your Competitors 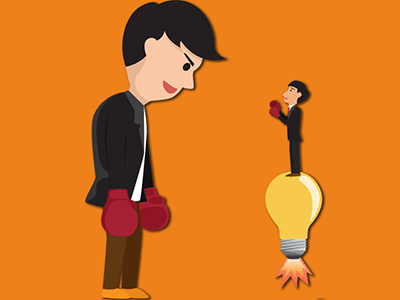 6 Habits That Will Keep Your Recruitment Sales Pipeline Full 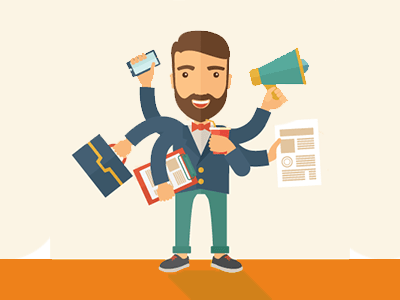