5 Reason Prospects Go Quiet (And How to Win Them Back)

Have you ever had a situation where you’re making really positive progress with a prospect, you’ve had some great conversations and already sent out your terms, only for them to suddenly stop taking your calls and start ignoring your emails?

Prospects go dark all the time in recruitment, and it can be really frustrating when it happens to you – particularly when you’ve invested a lot of time and effort in the relationship.

Let’s take a look at some of the reasons why a hiring manager will suddenly start ignoring your calls and binning your emails when, up until that point, you’ve been nurturing a great relationship. And most importantly, is there a way you can rescue a situation back when this happens? Let’s find out!

Here are 5 reasons a hiring manager will go dark on you...

1. You've made them feel guilty 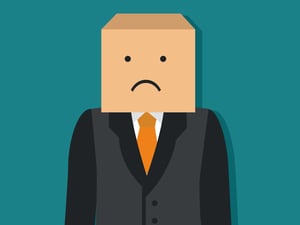 “Not sure if you got my last six emails but…”

Referring to past contact you’ve made (or attempted to make) with a prospect but haven’t heard back will never make them want to respond, it just looks like you are trying to make them feel guilty.

And what do people do when they are made to feel guilty about something? More often than not, they’ll just avoid the situation.

If you want to hear back from your prospect, avoid ever mentioning the fact they haven’t responded for a while when you make contact. Start every follow up as if it’s from scratch, and they’ll be much more likely to re-engage with you.

So, you’ve had a couple of positive conversations with a hiring manager and you’re feeling really confident they’re going to want to work with you. Then suddenly, out of the blue you get an email from them saying something along the lines of…

“Sorry, but a few things have come up and I’ve got too much on my plate just now to think about this. Would you mind following up in a month’s time?”

When this happens, it can be really tempting to push forward with one last attempt to secure the business, but pushing in these circumstances would be an aggressive move, not assertive – and it’s important to know the difference.

When you receive an email like this, it’s normally a genuine case; if they were just trying to fob you off, they’d probably just ignore you. Remember that recruitment isn’t your hiring manager’s main focus, they have a job to do and that will always come above recruiting on their priority list. You should respect that.

To win a busy prospect back, you need to give them what they want: space. Step back, take your foot off the gas and show them you aren’t the pushy recruiter stereotype that tarnishes the industry. 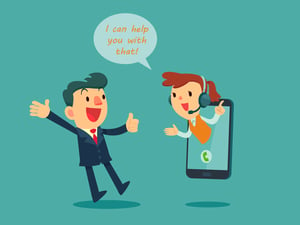 Instead, drop them some relevant content of value – a thought leadership piece, a podcast or some market insights, for example – and say you’ll check in with them again at a specific later date.

This way, you’re ensuring you’re front of their mind without asking them for anything in return. It’s respectful behaviour like this that sets you up well for a situation where when things quieten down and they do have the time to think about hiring again, it’s you they’ll come to.

3.They don’t think they need you

Maybe they humoured you when you had them on the phone – they listened to what you had to say but knew deep down they wouldn’t be moving forward with your agency because they don’t actually feel like they need your help.

Try not to think of a situation like this as a road block and instead see it as a  positive indication that a business is already spending a significant amount time, energy and resources on recruitment. You could easily turn this into a winner.

Here are some tips on how to overcome PSLs and also some suggestions about how you could package up your services in a way that would compliment a business’s internal hiring team so they still recognise your value and see the benefits of working with you. 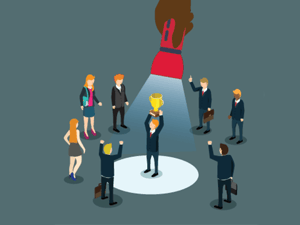 The recruitment industry is growing every single day, and this means it’s getting harder and harder to stand out from the competition and make a lasting impression on prospects.

The people you’re reaching out to will be getting inundated with calls and emails from recruiters on a daily basis, so it’s really easy to get lost in all the noise. If you’ve stopped hearing from a prospect after a run of positive conversations, it’s possible you just haven’t made a strong enough impression on them to make you memorable.

Ditch the annoying ‘just checking in!’ approach when you’re trying to prompt a reply to your sales emails and instead think about how you can be adding value for the prospect every time you speak to them. Every outreach you make – whether by phone, email or InMail – should come with value for the client.

Whilst your prospect might have been totally sold on you and your agency during your initial conversations, it’s so easy for them to be put off by something they find online after they put the phone down.

All it takes is a few one-star reviews of your agency on Google or hearing about another company’s bad experience to turn them off. It’s unfortunate when you’re doing the best job possible and something like this let’s you down, but it does happen.

For a start, try to take ownership of your (and your agency’s) reputation online.

If this is something that’s out of your control, start using a candidate-led sales strategy: Find the talent you know they want for the job and use their CV as a way to open up the conversation again. Remind them it won’t cost them anything to review your candidate(s) and if they agree that the talent you put forward is ticking the right boxes then they should give you a seat at the table again.

Updating you recruitment sales strategy to better reflect how the industry works nowadays will bring you much more success and prevent situations where your prospects go dark. Download the eBook below to find out how to get started.

How to Keep Your Best Prospects Engaged in 3 Easy Steps Recruitment Sales: How to Use Rejection to Your Advantage 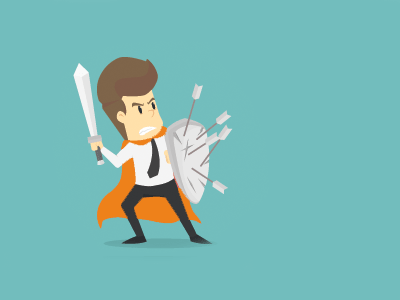 How to Stop GDPR Destroying Your Recruitment Sales Pipeline 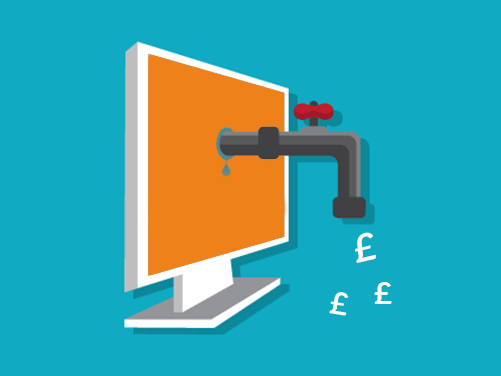