We all know that heart-sinking feeling when a candidate rejects a job offer – and no matter how many times it happens, it still hurts.Unfortunately, you’re always going to get flaky candidates who say all the right things but aren’t as committed as they sound. All you can really do is protect yourself by learning how to spot these candidates quickly, so you don't waste your time and can substitute them with a better, more committed, candidate.

So, what are the early warning signs of an uncommitted candidate?

They’re not answering your calls (and don’t call back) 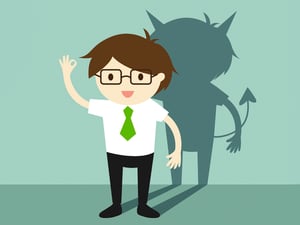 As a recruiter, it’s your job to pick up the phone all day, so it’s understandable if candidates don’t answer every single phone call they get from you!

But when a candidate is missing all of your calls and just sending the odd text in response, it’s a clear sign they’re not that interested in your job. If they were, they’d be looking forward to your calls, not ignoring them.

Of course, it could be that they’re busy or that they don’t like communicating by phone – it’s just a matter of asking them (by email or text!) what their preferred time and method of contact is.

If you get to the stage that you’ve tried this and you’re still getting ignored, you’ll know for certain they’re having you along for a ride – stop wasting your time and look for a candidate who’s serious about your job.

They know nothing about the job

It’s unlikely you’d make any major life decisions without researching it online first. I won’t even visit a restaurant without looking it up on Google before I go! So, how can you take a candidate seriously if they haven’t researched a new job and company before getting in touch?

In the fast-paced world of recruitment, it’s tempting to put a candidate forward for a job as soon as they give you the green light. But if a candidate has applied to your job – or you’ve spoken to them extensively about the position and they still can’t answer basic questions about it, one of the following scenarios is at play:

If the candidate isn’t demonstrating any interest or enthusiasm at this stage, they’ll never put in any effort or be fully committed to your job – no matter how good their CV looks. The only thing they will do is make themselves – and you – look bad when they bomb at interview stage.

I don’t know about you, but I hate asking candidates difficult questions. But as daunting as it can be, asking about things like salary, counter offers, and motivations is key to finding out if your candidate is really invested in the opportunity.

If anything, it’s the tough questions that can reveal if a candidate has an ulterior motive (fishing for a pay rise at their current job, for example), or if they aren’t taking the opportunity as seriously as they claim to be.

If a candidate is dodging these types of questions or they provide a fluffy answer, they’re not taking the move seriously enough and are a clear counter-offer risk. Candidates like this make you look bad to hiring managers and make you work hard for no pay-off, when they get cold feet at the very last minute.

As awkward as it can be, asking tough questions from the very first conversation will help you identify their motives early on and establish if they’re going to pose a risk or not.

Keep candidates close from day one and you’ll be able to spot cold feet even before they do!

Unfortunately, even committed candidates sometimes reject job offers. We've created an eBook to help you turn more offers into placements, download it below: 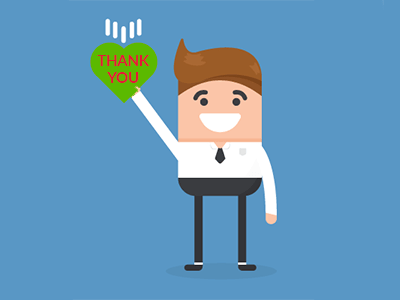 How to Win the Battle for Candidate Ownership