Recruitment would be a much easier job if candidates would just pick up the phone every now and again. And sure, some candidates just aren’t interested in hearing what you have to say, but not answering phone calls is also part of a wider behavioural shift we’re seeing amongst the candidate market, and it’s something we need to adapt to.

More than 75% of UK adults now own a smartphone, but a quarter of those never use it to make and receive calls. This is a pretty shocking statistic when you think of the fact that plenty of people working in the recruitment industry have been doing this job since back when phones were used for calls and calls only!

Before mobile phones, letting a phone call ring out was about as rude as standing on the other side of a door while someone knocks and not bothering to answering it. But nowadays, ignoring a call is more the norm than answering.

But what's got us here? And most importantly, what can we do to adapt to this change so we can continue to nurture good relationships with our candidates?

Here's 6 reasons why candidates aren't answering your calls (and what you can do about it)...

Whilst your job still very much revolves around picking up the phone, the same can’t be said for those you’re trying to reach.

Professional rapport matters more than anything in industries like recruitment and sales, which is why phone calls and in-person meetings will always be crucial to us. But it’s important to respect the fact that those you’re calling don’t love phone calls the way you do!

They don’t have KPIs to tot up or a monthly commission resting on these calls, which is why a lot of businesses even avoid answering phone calls nowadays, not just candidates.

So stop assuming everyone loves picking up the phone just because you do. Respect the fact that, unlike you, their jobs don’t depend on it.

Despite efforts from the likes of OffCom and the ICO to clamp down on the number of spam calls we receive, we’re still very much stuck in the heyday of PPI calls, irrelevant sales calls, and automated marketing calls (which are still on the rise) thanks to the proliferation of smartphones.

This, of course, makes convincing people to answer calls from numbers they don’t recognise harder than pulling teeth. If a candidate sees a number on their phone screen that they don’t recognise, they’ll assume it’s a sales call and let it ring out – particularly during work hours. And you could leave a voicemail but…

3. They don’t listen to voicemails

So, if you reach the end of what you feel is a productive day – you’ve called up 20 suitable candidates in your database, 10 of which went to voicemail but you left a message and are waiting to hear back from, statistically less than 2 of those voicemails will even get listened to, never mind result in a call back!

Most millennials figure that if you really have something important to say, you’ll send them an email or a text as well as a voicemail. They can then make a decision as to whether they'd like to get in touch with you on their own terms.

Candidates like to have the opportunity to think about a response first and edit their thoughts before replying to a request. Generally, they don’t appreciate the feeling that they have to make decisions on the spot. 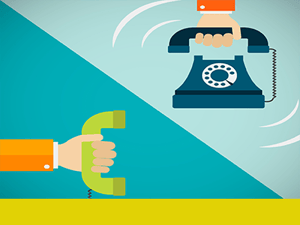 We’re now at a stage with technology that there’s so much choice when it comes to communication methods that many see phone calls as intrusive more than anything. This is certainly the case for millennials, gen Z and younger, at least, and even applies to those in senior positions or running businesses of their own.

For example, 32-year-old CTO Kevin Castle told the Wall Street Journal that unplanned calls have become such a barrier to his productivity that he often unplugs his desk phone during the day. And why? Because ‘calling someone without emailing first can make it seem as though you're prioritizing your needs over theirs’.

So again, sending the candidate an email first to warm them up before picking up the phone is likely to bring much more positive results, as they'll be expecting it when you call.

And if you already have an established relationship with the candidate, send them a text - whilst email open rates can vary, a text message will almost always be read by the recipient. Recruiters should be taking advantage of this.

5. Mobile phones have removed all sense of urgency

Before mobile phones, if you got a call to a landline and didn’t get to it in time, that was it - you might never find out what that person had to say! And what if it was really important?

This concept is totally alien to most of us now (recruiters included!) as the phone number of an incoming caller is automatically stored on our smartphones (and if it’s withheld, we assume it’s not worth the call back anyway).

We all know we can return the call at a time that better suits us, and if you’re being really honest – outside of work, you’re probably of the exact same mindset!

Candidates know recruiters love using the phone, but they expect us to take the initiative to communicate their way. It’s a candidate-driven market, and most candidates know they’re in the driver’s seat, so you’ve got to play the game by their rules.

This is why texting and messaging services like Facebook messenger, LinkedIn InMails and WhatsApp have all become major communication channels for recruitment – and these WhatsApp features make it an even more effective for our industry.

Candidates like to have the opportunity to communicate their way – to be able to reply on other devices rather than their phone, and have the freedom to use emojis if they want to!

In a nutshell, it’s about giving the candidate the option to contact on their terms and respecting that the power is in their hands. And the quicker we adapt to this instead of getting angry about our calls going unanswered, the better results we’ll get.

Time to modernise your KPIs to suit a market that hates picking up the phone?

Download the eBook below to find out how to create a seamless candidate journey that converts.

About the Author: Katie once headed up the Firefish blog and marketing team. She now works as a freelance copywriter and continues to contribute to our award-winning blog. 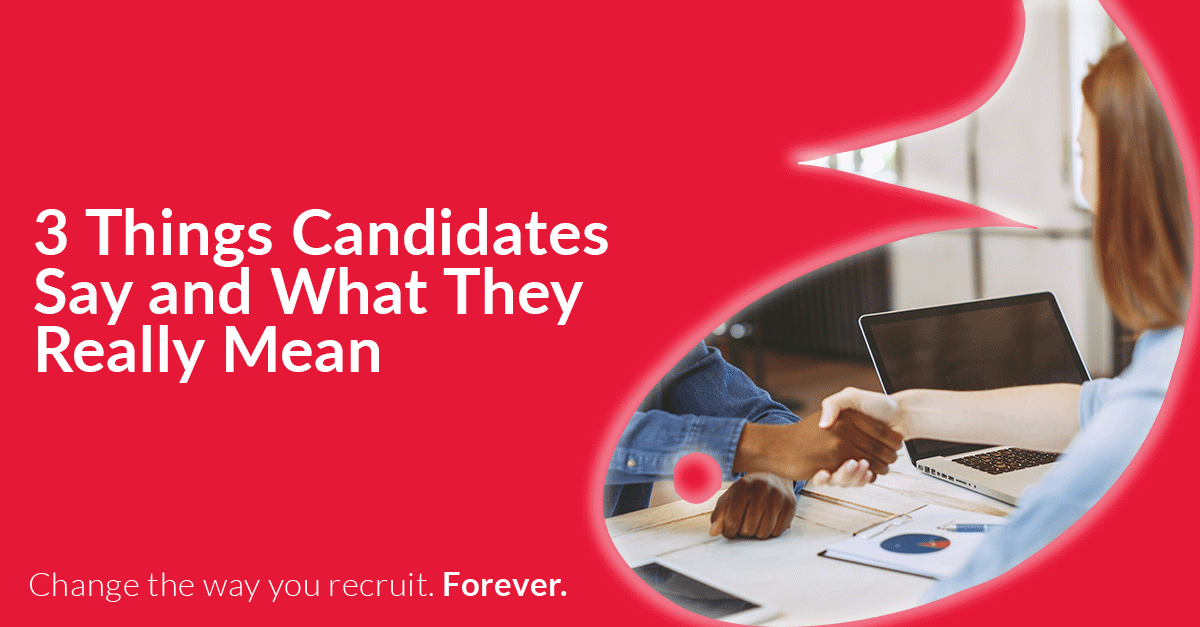 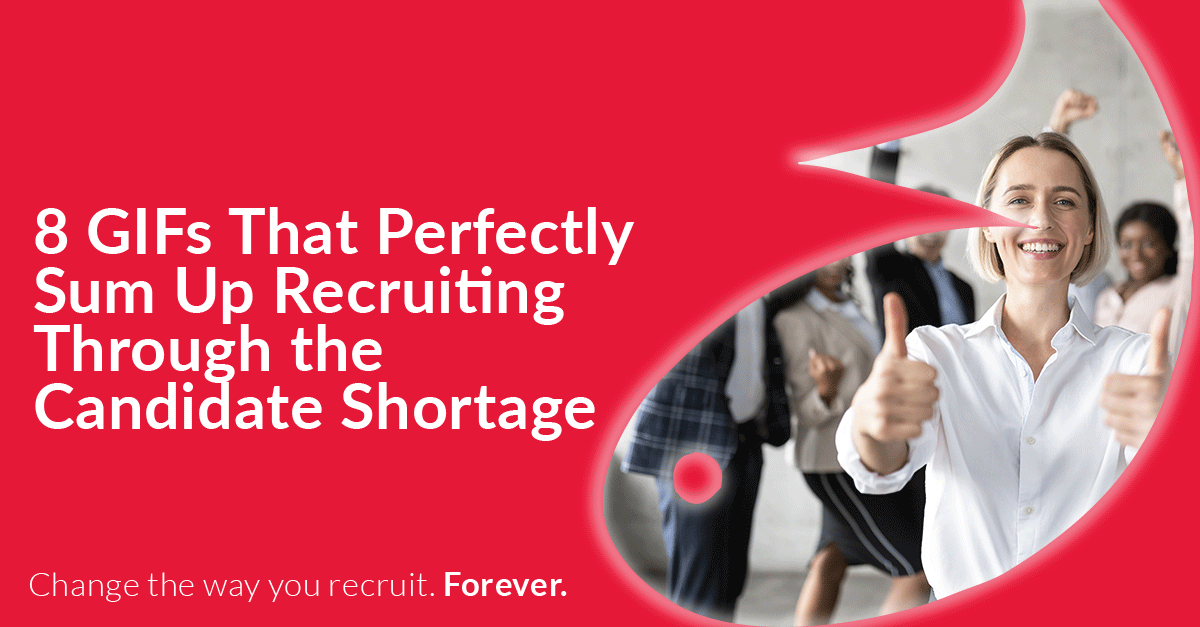 8 GIFs That Perfectly Sum Up Recruiting Through the Candidate Shortage 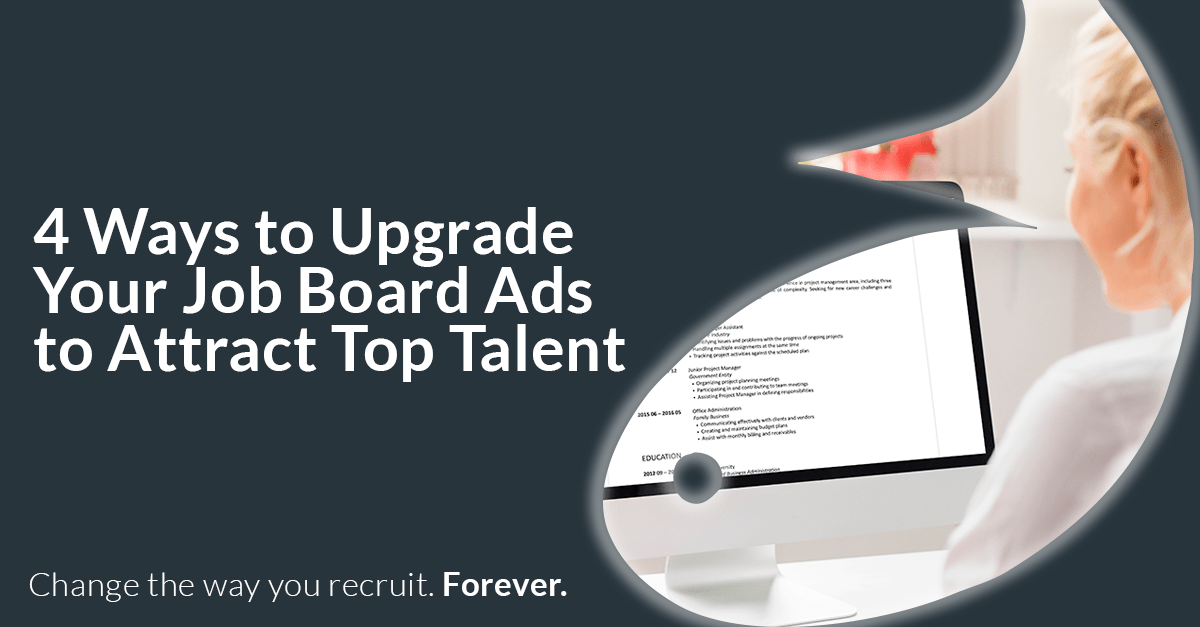