We all know how important social media is to recruitment nowadays, and you need to be using it right. One small slip-up can really kill off your recruitment brand’s credibility, but unfortunately there are a few common blunders that we still see recruiters making time and time again…

So what are these social media fails to avoid in recruitment? Read on to find out.

Putting your foot in it

Diving headfirst into a world of hashtags, memes and other niche communication methods without doing your research first is one of the most dangerous social media pitfalls to get sucked into. Get this wrong, and it could really hurt your recruitment brand’s credibility.

Using hashtags incorrectly is a really common but totally avoidable blunder to make – all it does is demonstrate a lack of research and suggests you’re out of touch. Whilst these examples of hashtags going wrong are pretty hilarious, you won’t be laughing if it’s you who’s committed the crime!

If you’re running a hashtag campaign or using memes in your marketing, make sure you consider how it could be received, and do your research.

Rising to the troll bait

We all know social media moves quickly, and you wouldn’t want to miss out on that perfect candidate just because you took too long to respond to a comment or review. But react too quickly, and the result can be just as catastrophic.

If you receive a bad Facebook review from a candidate, or a negative comment on something you’ve shared, it can be tempting to leap straight into defence mode with your response.

And even the pros get it wrong sometimes! Take this example of Tinder's knee-jerk response to an article that claimed the dating app was only used for 'hook-ups'. Rather than taking time to put together a solid, well-thought-out response with data to back up their defense, a member of the marketing team responded almost immediately with... 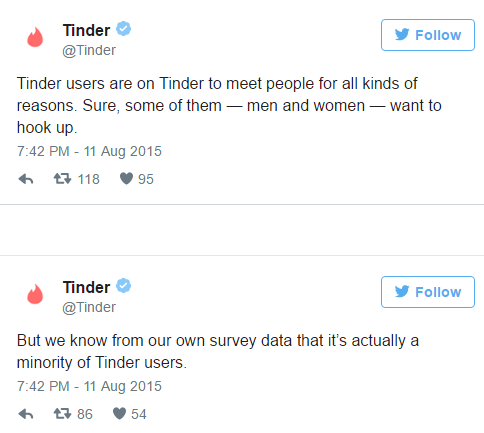 Has the uncomfortable air of someone reacting a bit too quickly, doesn't it?

It’s natural that we want to rectify these sorts of situations quickly. We all know bad brand news travels fast (twice as quickly as the positive compliments we get, unfortunately!). But often reacting too quickly to negative feedback can do far more damage than a negative review ever could – even if those comments are completely unfounded.

How you respond to bad reviews from candidates and clients can have a massive effect on how your recruitment brand is perceived online, and this can even impact your placements too. According to Glassdoor, a whopping 11% of job applicants say they’d decline a job offer from an employer with a bad reputation – even if they were unemployed.

So make sure you take some time to read the review or comment carefully, investigate any points they’ve raised, then put together a well-considered and balanced response that doesn’t make you sound like a case of sour grapes. A well thought-out response published 30-60 minutes after the comment is published will do you far more favours than a heated, knee-jerk response posted as soon as the comment appears.

It’s always a good idea to seek a second opinion before posting a response to sensitive comments too, as a fresh pair of eyes will be able to pick up things that you perhaps can’t.

Another common social media error recruiters make is being inconsistent with brand voice. Social channels aren’t just great for branding and sourcing or engaging with candidates – they’re also an increasingly important platform for business development too, so retaining consistency with brand voice is really crucial.

Research has shown time and again that recruiters’ own professional social media accounts perform better than a recruitment company’s main brand account (24 x better to be exact!). But with more accounts and more people involved, the chances are higher that there’s going to be a bit of mixed messaging and inconsistencies going on.

So whilst it’s important that everyone retains their own personalities on their branded social accounts, it’s equally important that everyone’s on the same page as a brand. Therefore, having a clear set of social media housekeeping guidelines to follow will prove useful. These don’t have to be rigid (social media should always be fluid and responsive) but having a few guidelines will help keep your team in the know on how they should be representing the brand online.

The key to keeping employee accounts on-brand is to emphasise that the content they share should be valuable and supports your brand values. So whilst a ‘Friday beer in the office’ photo on twitter is perfectly acceptable, posting an image of someone absolutely sloshed at the Christmas party probably isn’t.

One of the worst things you can do with your social media in recruitment is to use it only when you want or need something. You’re never going to get any traction if you only use your channels to post job vacancies that you need filled. It’s not like every candidate is going to be appropriate for every role you post, no matter how niche your sector and audience is. So why would they want to sign up to an endless list of “New job: Enquire now!” posts appearing in their feed every day?

Similarly, your audience won’t be able to get a sense of who you are as a brand if all they ever hear about is roles you’re advertising (many of which will be for competing companies, which makes this a double fail). Social media should be supplementary and back up your recruitment brand voice, not function as a sales platform.

To keep yourself on the right track, try thinking of your social media brand like someone you already have on social – would you want to engage with someone who only contacted you when they wanted something, got hot-headed every time you criticised them and tried too hard to be ‘down with the kids’? Us neither!

Try to think about these fails each time you’re about to post and you’ll take your recruitment brand from social media slip-up to social media superstar in no time. How to Set Yourself Apart from Your Recruitment Competitors 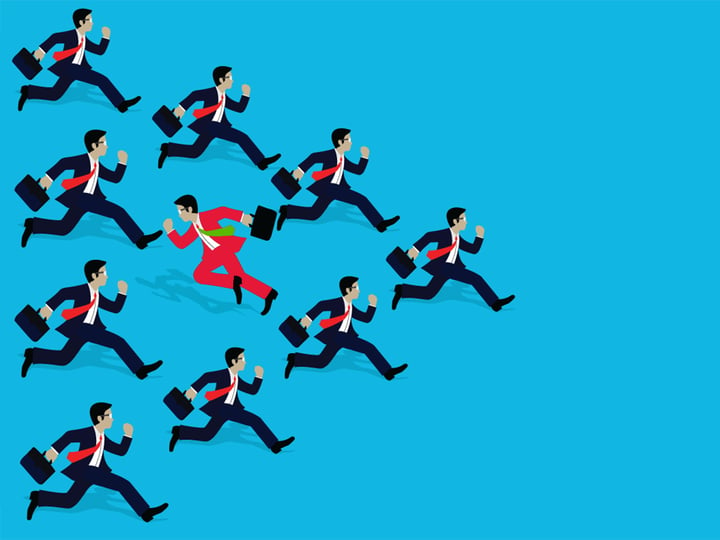 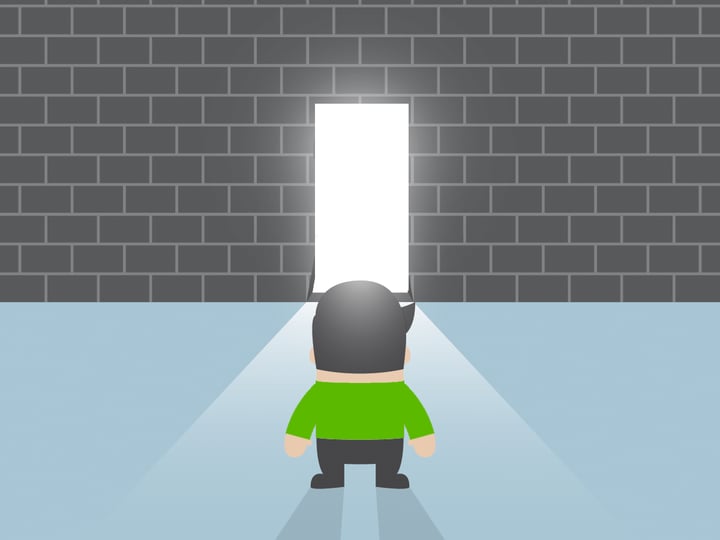