Mentioning perks and benefits is always a great way to boost your recruitment marketing and pull in lots of interest to your job ads. But there’s also a tendency for employers and recruiters to pitch ‘perks’ that aren’t really perks at all – and candidates can spot these job ad gimmicks a mile off.

So what are these unconvincing 'perks' that will be turning the very best talent off your job ads? 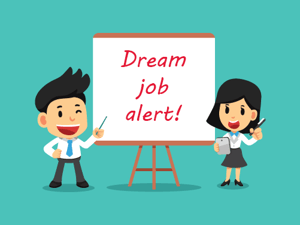 Shouting about ‘negotiable’ or ‘competitive’ salaries in a job advert doesn’t impress anyone, and it won’t get your ads picked up by Google for Jobs either. Tell candidates what salary range is on the table so they can make an informed choice as to whether the opportunity is relevant enough to them. Don’t waste their time, it’ll only come back to bite you.

Salary is an obvious deal-breaker for most candidates, so choosing not to disclose a range will only reduce interest in the role, get you a whole slog of unsuitable applications, and potentially put candidates off working with you in the future.

And it’s also worth bearing in mind that if you say salary is ‘competitive’ most candidates will just assume this means it’s either going to be the same or less than the employer’s competitors. Non-figure salaries might seem like a good idea at the time, but there’s no doubt that they will work against you in your job ads.

Dressing up legal rights as perks

A workplace pension scheme isn’t a job perk, it’s a legal requirement. So, unless the employer is offering a particularly high contribution to their employee’s scheme, mentioning pensions in a job ad just wastes valuable character space.

Similarly, 28 days holiday shouldn’t be used as a selling point, as it’s a legal requirement too (if you’re UK-based) and advertising anything less than this would be breaking the law.

The message a company should be trying to communicate with perks is that they’re willing to invest more in their employees because they believe they’re worth more. So, shouting about the fact you think your staff are worth the legal minimum isn’t exactly a positive message to send to candidates!

‘Freebies’ you need to do your job

How many times have you come across rec 2 rec job ads that for some reason feel the need to mention that you’ll be given a free laptop and phone on start date? Can you imagine if these weren’t provided in this line of work?

If tools like these are offered to employees, it’s pretty obvious this is because they actually need them in order to do the job. So, unless you’re giving them a laptop they can take home with them and never bring back to the office, this doesn’t qualify as a ‘perk’.

As great an idea as it may seem to shout about ping pong tables, office slides and duvet days, many candidates see these sorts of perks as patronising. For a start, assuming candidates would actually want to spend a valuable day off under a duvet watching Netflix is quite presumptuous, alienating to some demographics and really underestimates ambitious people (aka the people you really want to attract).

And for another thing, anyone who has actually worked in an office where ping pong, pinball machines or foosball tables are a thing will know just how annoying and distracting they are to have in the workplace!

And finally, if a candidate wants to work with you based on novelty perks like these, they’ll be lured away by benefits at another company just as quickly. So, focus on the real perks like career development and growth opportunities, company values and culture and you’ll pull in the right crowd, and place candidates that will stick around for longer.

For more info on what makes different candidates tick when reading job ads, download the template tool below!

3 Simple Ways to Attract More Candidates to Your Jobs The 3 Employee Benefits That Matter Most to Candidates

3 Big Perks of Running Your Own Recruitment Agency