There’s been a whole lot of discussion floating around lately about whether Facebook is still worth our time and effort in the recruitment industry.

So, we thought it was time to take a good look at some of the facts and trends right in front of us to help you make an informed decision on whether to continue using Facebook in your recruitment strategy.

Here’s what we found out… 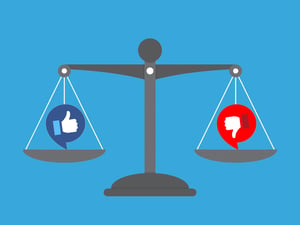 There are a whole load of great Facebook groups for recruiters that are still active and engaged – which is more than can be said for LinkedIn groups, that’s for sure!

Following and engaging with Facebook groups is a great way to increase candidate attraction for niche roles. For example, if you’re recruiting for specific language skills like French, there’s probably a Facebook group specifically for French speakers in your area.

You can use these groups to connect with niche-skilled candidates and to post your job ads in front of the right candidates.

2. Facebook is still in the top three most popular websites worldwide

Despite all the chat about Facebook declining in popularity, it still ranks in the top three most visited websites worldwide (after Google and YouTube). Facebook also owns two really high-ranking sites, WhatsApp and Instagram, and integrates heavily with both. Here’s some tips on how to use WhatsApp and Instagram for recruitment.

To put this into context, LinkedIn ranks much lower than Facebook (in the mid-thirties) and receives 20 billion fewer visitors per month!

Facebook users are also highly active: On average, people spend around 35 minutes a day on the platform, meaning you have more than 4 hours a week to catch candidate attention.

Some markets are much stronger than others on Facebook. For example, if you’re recruiting for construction, call centre or hospitality jobs, you’re likely to see a much better return when posting job ads on the platform than other recruitment niches.

This is because LinkedIn isn’t catering well to blue-collar markets, so these candidates jump straight to Facebook jobs instead.

So if you’re recruiting for blue-collar candidates, stop wasting time on LinkedIn! You’re much better off focusing your sourcing efforts where your candidates are actually spending time. 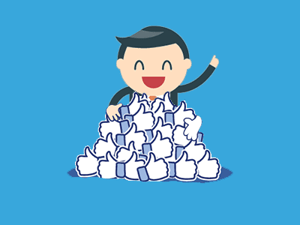 In my experience as a recruitment marketer, I found the layout of Facebook Jobs a bit ugly and browsing jobs by area normally threw up a lot of spammy-looking jobs.

However, this could be down to the fact that Facebook Jobs is hugely underutilised by recruiters. Most of the jobs I see posted on Facebook are simply job descriptions with an image and links directing candidates off of the platform to apply on external jobs pages.

However, this totally defeats the purpose of Facebook Jobs – it was created by Facebook to keep candidates on the platform for longer (you can even apply to jobs within Facebook) and sending traffic to external sites will only reduce your job post visibility. In this sense, you could say there’s opportunity there that recruiters haven’t taken full advantage of yet.

1. You need to splash out if you want to build your brand

Facebook has become a bit of a money game in the last couple of years so it’s now extremely difficult to grow a business page without spending money.

Anything you post organically will now only be seen by 2% of your audience because the Facebook algorithm has shifted to prioritising four things:

Therefore, if your posts aren’t getting any engagement and interaction within the first hour, you’ll notice visibility drops rapidly and your post goes practically unnoticed.

Whilst the 55+ age group is still growing on Facebook, the economically active age groups that are important to recruiters have started leave the site in favour of platforms such as Instagram and Snapchat.

44% of young users are estimated to have deleted Facebook from their phone in 2018 and another million are expected to leave in 2019, meaning the platform could be a lot less useful for recruitment in the next few years when the next generations dominate the job market.

3. Targeting isn’t as sophisticated as LinkedIn

One study found that 62% of jobs advertised on Facebook didn’t reach the right audience, and the main reason for this is that people don’t tend to share or update career-focused information on their Facebook profiles.

This makes it a lot harder for Facebook to target candidates with the same accuracy as platforms like LinkedIn, which is career-focused so will have much more relevant details.

Whilst Facebook is making it much harder for businesses pages to get visibility, it's clearly still a useful tool for recruiters. It's just that Facebook is one tool amongst many, and you need a well-rounded toolkit to recruit like an expert.

The main thing is to be as strategic as possible about your approach to Facebook recruitment so you know your time and effort will be well spent – and we have a brilliant eBook below that will help you with just that!

As Senior Digital Marketer at Firefish, Amy keeps our Firefish customers up to date with the latest news from the Aquarium. 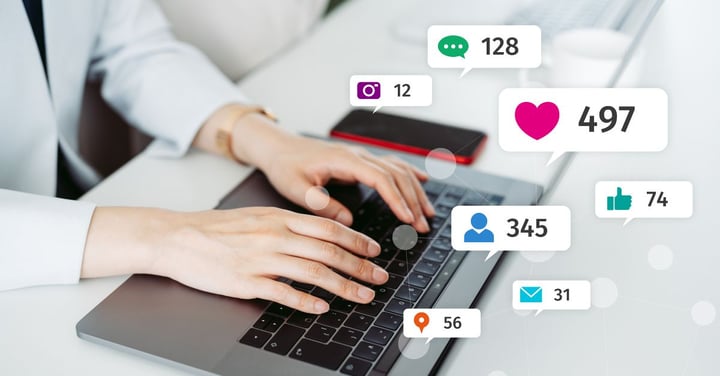 Convert More Candidates: How to Install a Facebook Pixel